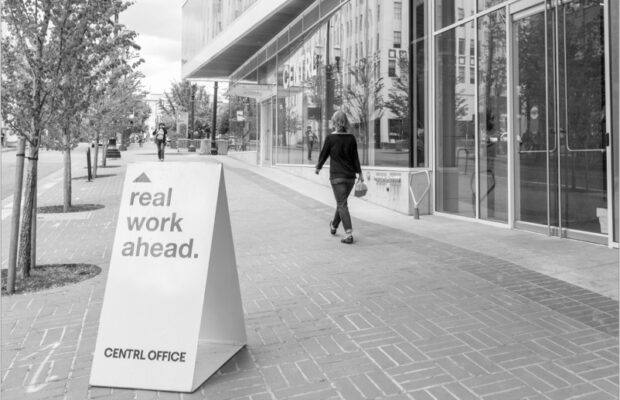 Matt from Yelp had another fun event here at CENTRL. See his awesome article below:

Everybody knows the rules for a sequel: Bigger, better, MORE! So when Yelp Portland returned to CENTRL Office for another round of parties, we did it right. After two nights, hundreds of people, and even more booze-filled cupcakes, the reviews are in. Yelp’s Office Hours 2: Electric Boogaloo was a smash hit!

The setting? CENTRL Office’s new Eastside location in the heart of the Burnside Bridgehead project. A clean and modern aesthetic that inspires creativity. Flexible workspaces that inspire collaboration. Three stories of glass and concrete, perfect for start ups, entrepreneurs, free agents and work groups. And as it turns out, its also perfect for parties!

Act One was all about the Yelp Elites. Over 150 guests gathered for an evening of food, drink and fun! On the main floor, Yelpers made a beeline for cold brews by COSUBE, Portland’s first coffee/beer/surfing destination! Next, guests explored co-working stations loaded with bites from Sizzle Pie and Delicious Donuts. On the second floor, the community kitchen was the place to be! Bull Run Distilling Company‘s Oregon Honey Punch paired perfectly with liquor-infused cupcakes by Boozehound Baked Goods! And around the corner, a phone booth transformed into a photo station, which texted party pics directly to Yelpers’ phones!

The next night, Act Two focused on Portland’s local business community. Small business owners networked while experts shared tips to make the most of Yelp’s business-owner tools. COSUBE, Bull Run Distilling and Boozehound Baked Goods all returned, and added to the delicious mix were vegan truffles by Missionary Chocolates. Meanwhile, CENTRL Office’s own reps offered guests full tours, highlighting the center’s amenities and community events. Whether it was the bike storage, the flexible conference space or the cold beers from the kitchen’s kegerator, everybody found something that made them wish they could work at CENTRL Office. To their delight, guests then learned that they’d each receive a complimentary day pass!

In the end, both the Yelpers and the business owners agreed that CENTRL Office’s new location is an amazing place to work. Want to learn more? Check out these pics by Cleve Parker of PDX Photo Guys, and read the Yelpers reviews!

A hotel with no beds. A house without the barking dog. A pub without the drunks. A coffee shop with meetings rooms. CENTRL Office is a collaborative, co-working space in Portland, OR. We provide flexible, full-service office space for some of Portland’s leading entrepreneurs, free agents, start ups, and work groups. Check out our newest location, in the Slate building at Couch and MLK, in Portland’s Central Eastside.